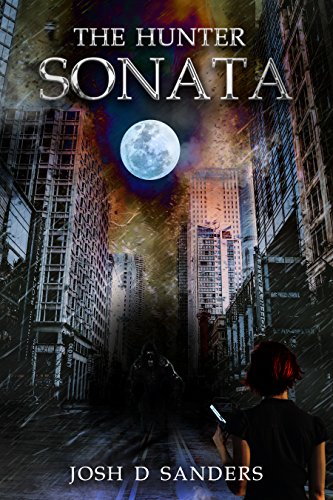 A legendary monster she never believed existed may destroy everything she has worked so hard to build.

Traveling the country with her new companion, Autumn Graves tries to balance her work and personal life. But hunting terrors and maintaining a new relationship are very different kinds of work. After the successful end to a terrifying job, a little rest feels in order. Unfortunately, a new threat seeks to destroy their lives. The hunter has become the hunted in the blink of an eye.

First vampires and now werewolves? This all sounds like too much for even this superhuman bounty hunter to handle. New allies meet ancient threats when a city faces annihilation, as this terrifying mix of human and spirit schemes to raise an army under its command.

What are its plans for Autumn in this new world order?

Action and intrigue abound in this new tale in The Hunter Symphony series by Josh D Sanders. Autumn returns after her guest appearance in Organized Magic with Trevor Harrison. She’s learned much and brought a few allies along for the ride.

Buy The Hunter Sonata to fight the evil invading our world from another realm!